First time trial of the year for me today. A 15 mile run with the Pontypool Road Cycling Club.
The clocks changing, and me forgetting until half 5, meant I had less sleep than I wanted. Plus I stayed up watching crap films last night.
Anyway it was a pleasant ride to the sign on and start. 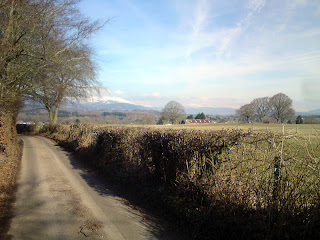 Conditions were lovely apart from a mild headwind along the dual carriageway. Average time for me but good to do.
After a good lunch the legs got a stretch going up the Blorenge, where it is still rather white. 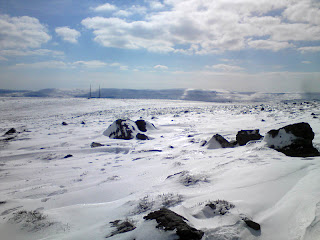 Now I am very ready for some more food...

Managed to head out for a little spin today with my mate, Pete. The day started off sunny but the clouds popped back to say hey.
There were plenty of white reminders of how cold it's been. 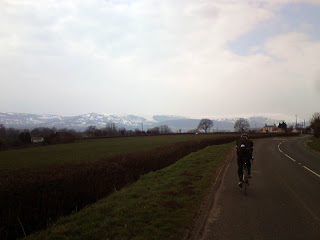 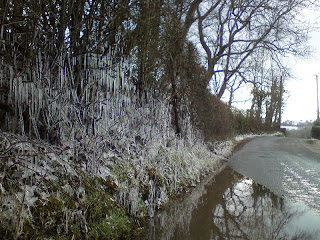 Not seen that before.
Posted by User.One at 17:30 No comments:

Sometimes when things don't work out, other things can make you appreciate them. 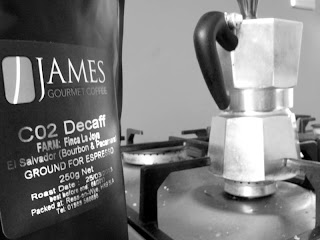 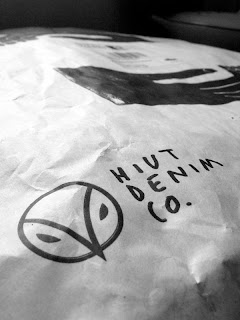 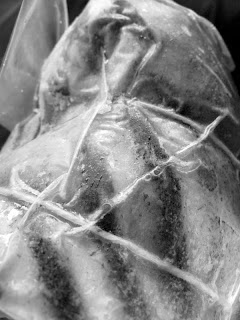 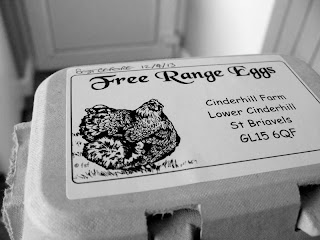 A good brew, some comfy jeans, ham from my pig, eggs (and not shown as it's tea tomorrow, chips)
Posted by User.One at 18:18 No comments:

Shoddy photo, not a shoddy bike. Chances are I'll delete this once I get some better images. 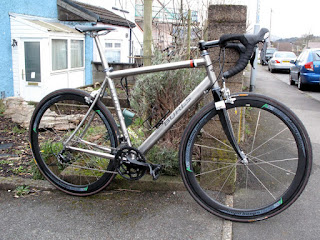 Picked the frame up from the signwriters with a little bit of paint on.
Left hand side the colours from the MTB race team I am/was in and right hand side current road club colours. Pleased with it. 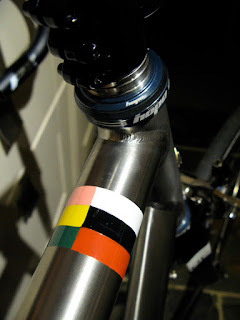 About halfway through the build up and thanks to an ear infection things are a bit wobbly so called it a night.The tricky stuff is yet to come.

Last year the decision was made to go titanium for a road bike. I wasn't gelling with my carbon bike. Don't get me wrong it is light, efficient and very effective but there doesn't feel like there is a connection to it. After quite a lot of thinking, and searching, and more thinking, and speaking to people, and riding bikes I settled for a Burls. Although Justin Burls is based in the UK, Essex to be precise, the titanium frames are made by a small (4-5 men) team in Russia. Ex-Colnago pedigree.
Justin was a nice, affable guy to deal with and the email string demonstrates his patience! My order was placed early in December and the wait began. After some hold ups due to Russian customs and UPS I was told the frame was on it's way at the mid-end of February. It arrived with me last week, having come via Justin for quality checking and final touches such as head badge and decals.
So, here it is. 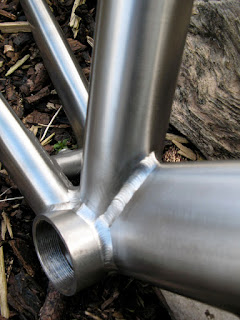 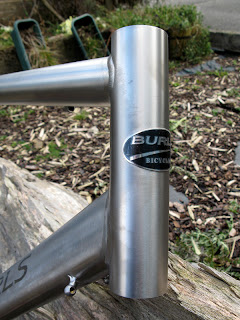 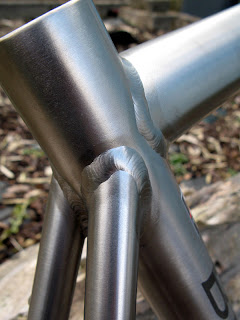 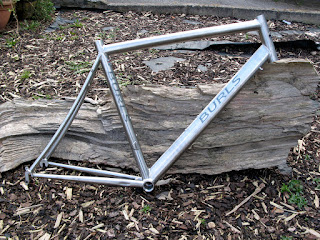 Weight according to my scales is 1547g
It is currently with a guy I know who does signwriting, to have some brush strokes applied to it, then I can build it up. Pictures to follow once complete.
Posted by User.One at 12:44 No comments:

Who doesn't love a sticker? I love them.
Seems my Dad did too, and he was where I got my hoarding tendencies from. Having a clearout today and found this pile of stuff- 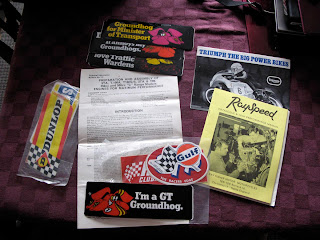 Those are Dunlop Groundhog stickers, a selection of adverts here-
So they would be genuine 70 stock. Also there are instructions for getting 'Maximum Performance from your Triumph Twin', a Rayspeed brochure and a Triumph Flyer for their big twins. Ah the 70s...
So of course as a good hoarder I packed everything back safely up and tucked them in the loft.

I spotted on the Boneshaker Blog that there was going to be a launch for issue 11 of their fine magazine just over the water at the Bristol Bike Project. As chance would have it I was supposed to be over there for a meal and drinks with some friends. Hurrah convenience.
I scoffed some lovely pizza and then walked out across the city to Stokes Croft to find the Bike Project. Heading down City Road I could smell fire and sure enough there was a welcome blaze in a front mounted bike basket just outside the Project's doors. Inside the rooms were lit by LED strips and the pooling light from the cinema screen. With the electricity being hummingly provided through human effort on the Cycletricity bikes that were running the show. 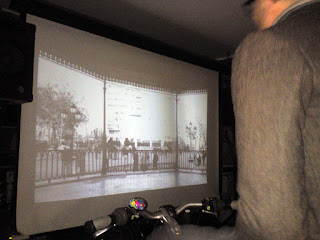 There were four bikes being used; a hybrid, a polo bike, a mountain bike and a tall bike.
At one point the tall bike had some candles pleasingly inserted and lit for additional light- 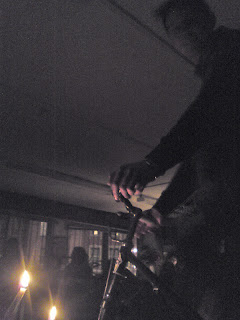 As time went on I took my turn on the mountain bike and can only say that it was like a turbo session, only more cramped due to the tiny bike size :-D
I had a bit more of wander round after finding the loo to wash the sweat off and bought a lovely tee shirt before heading back to the friends. A nice night.
Oh and I spotted these knitted bangers in the window of Blaze Studio as I headed back- 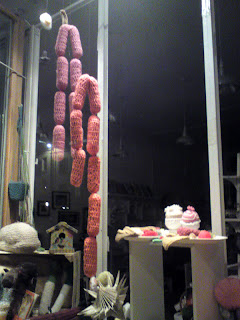 Our club; Pontypool Road Cycling Club, had a generous invite along to the open night and fish n chip supper at Climb On Bikes, Hereford on Monday. Work has meant this hasn't appeared until now.
Anyway, it was great to have a good nose around a shop that's just local enough. Two floors of bikes and part that would skint me faster than a night in a bar. Maybe.
There was a good amount of people there- 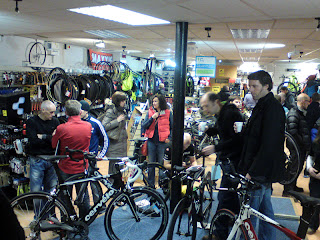 Stand out bike for me was this Cervelo P5- 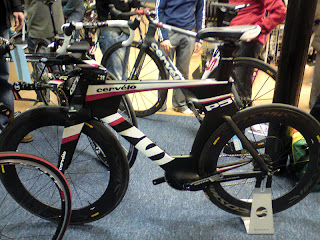 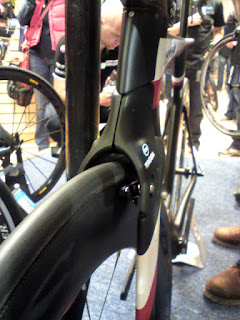 A true speed weapon. I also got a call on Friday to say that I had won a raffle prize! Hurrah! It wasn't the P5 though...
Thanks to the shop for the invite and for a great evening.
Posted by User.One at 13:38 No comments: